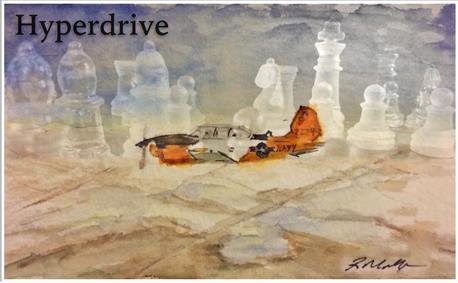 While growing up, my two older brothers had a tremendous influence on me, and have greatly impacted the person I am today. Shortly after my older brother Ron was diagnosed with colon cancer, I wanted to write a song that would remind him of his own courage, strength and what he means to me as a brother. I knew my thoughts and feelings would be difficult to express in conversation, but instinctively, as a musician and a music teacher, I knew I could accomplish this through writing a song. The song and lyrics became the vehicle I needed to convey my message.

Growing up Ron was always a big “Star Trek” and “Star Wars” fan. I wanted to incorporate the line “I have been and always shall be your friend” from “Star Trek” into the song. I continued with this theme of referencing memories of growing up together like Ron teaching me how to play chess when we were younger and important advice he’s given me through the years. I called Ryan Schutz the singer from my band, SteppingSTONE Band, so we could bounce lyrical and arrangement ideas off each other. The song really came together when, with his writing expertise, we turned the words into a melody and fit the lyrics perfectly over the guitar riff.  The idea of the hyperdrive is a reference to the Millennium Falcon from “Star Wars” not being able to jump into hyper-speed because of the broken hyperdrive. This was a perfect analogy that Ron would instantly relate to while facing his challenge.

After Ryan and I finished writing the song, we then passed it on to my bandmates Bill Fajvan, Eric Schaberg and Jonathan Presnell who added their own colors and ideas to the song.  Jonathan then took on the difficult task of mixing and mastering the song.  I knew Ron would appreciate this song.

To help my brother during treatment, my mom, an art teacher, brought him a small watercolor journal pad and watercolor paints. Ron now regularly paints with much enthusiasm and my mom came up with the idea of using one of Ron’s newest watercolor paintings as the cover art for “Hyperdrive.” We chose a painting Ron had done of the first plane he flew while training in the Navy. My mom and I superimposed a photograph I took of my own chess set and aligned it as the background for the plane.

With the song and artwork finalized, we wanted to use the song to help raise money for cancer prevention. After struggling to find an organization that wanted to set up a fundraiser, Ron found the Prevent Cancer Foundation online. Their staff helped me set up our fundraising page. Prevent Cancer’s message of prevention and early awareness, goals and staff made them an ideal organization to partner with.

Click here for a free download of our song “Hyperdrive” written for my brother Ron.  Hopefully, this song can serve as a reminder for prioritizing your health and learning about cancer prevention. Healthy lifestyle choices, regular doctor visits and timely screenings save lives. All of the donations will be given to the Prevent Cancer Foundation so they can continue their excellent work in cancer prevention and early detection. A donation in any amount in support of my brother and for this song is greatly appreciated. You can also request a print on watercolor paper of the “Hyperdrive” cover art created by my brother.