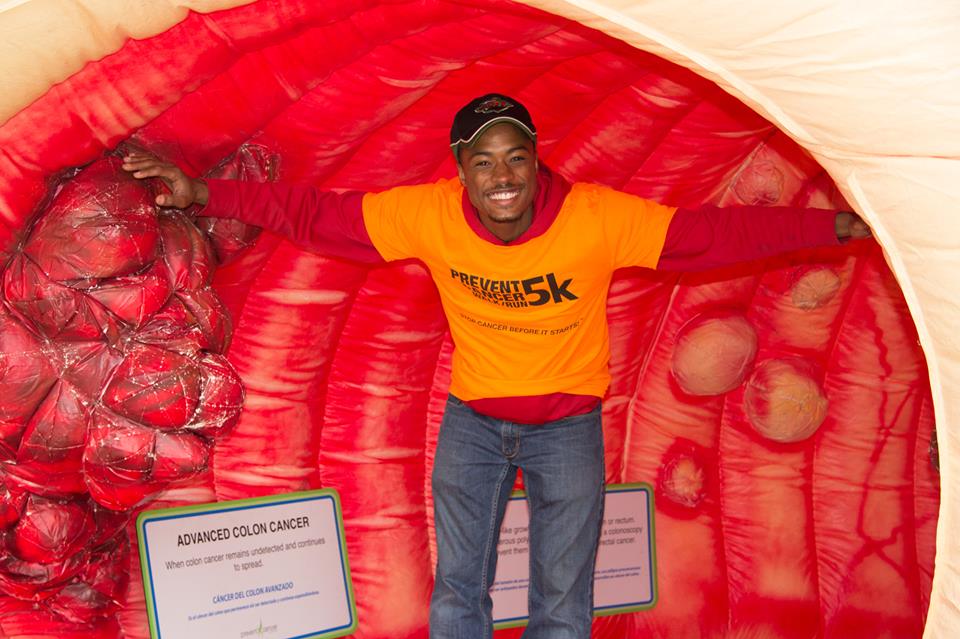 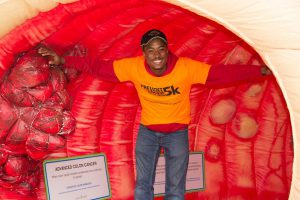 March doesn’t just mean warmer weather and flowers sprouting, it’s also time to celebrate Colorectal Cancer Awareness Month. Colorectal cancer is the second leading cause of cancer death among both men and women in the United States. Join us by becoming your own health advocate and encouraging others around you to reduce their risk for colorectal cancer or detect it early.

Recognizing a need to bring major awareness to one of the leading causes of cancer deaths, the Prevent Cancer Foundation launched a campaign to designate March as Colorectal Cancer Awareness Month. Working with 56 other organizations, we spearheaded this campaign to pass a resolution in both chambers of Congress and White House. March 2000 became the first National Colorectal Cancer Awareness Month to raise awareness about disease prevention and early detection through screening. Following the first awareness month, the percentage of adults screened for colorectal cancer increased 13 percent between 2002 and 2010. Between 2003 and 2007, 66,000 colorectal cancer cases were prevented and 32,000 lives were saved. Half of these prevented cases and deaths were due to increased screening rates.

We knew that prevention rates could be even higher.  In 2007, the Foundation created the now famous Super Colon. This interactive inflatable colon gave the public a walk-through tour of a colon to understand the development of polyps and how they can turn into cancer. The Super Colon has visited 49 states, D.C. and Puerto Rico to teach the public about colon health. The colon still travels across the country to entertain and educate. Check out our YouTube channel to see the colon in action!

This year, 140,000 people will be told they have colorectal cancer. Screenings are recommended for everyone ages 50 and up, but talk to your doctor if you have a family history of cancer because you may need to start screening sooner. Not at screening age? It’s never too early to start preventing cancer- pack your diet with lots of vegetables and whole grains. Excessive amounts of alcohol and fatty foods like red meat have been linked to colorectal cancer. You can also make sure your loved ones who are 50 years or older get the screenings they need to detect this cancer early. This Colorectal Cancer Awareness Month, you can Stop Cancer Before It Starts!™

For more information on colorectal cancer prevention, visit this page.