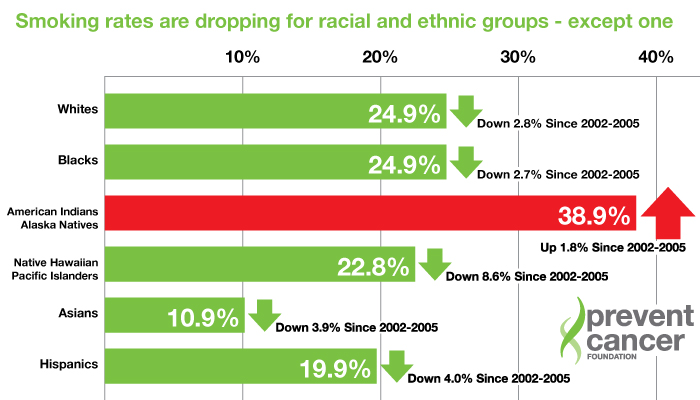 Smoking rates are dropping for racial and ethnic groups — except one

FRIDAY, August 5, 2016 (The Washington Post) — Cigarette smoking among U.S. adults continues to slide among almost all racial and ethnic groups, but big disparities remain, according to a new study by the Centers for Disease Control and Prevention.

Among whites and blacks, a quarter still light up. By contrast, barely one in 10 Asians uses cigarettes, while nearly four in 10 Native Americans and Alaska Natives do so.

How much exercise do you need to prevent heart disease, cancer?
Aug 9, Today