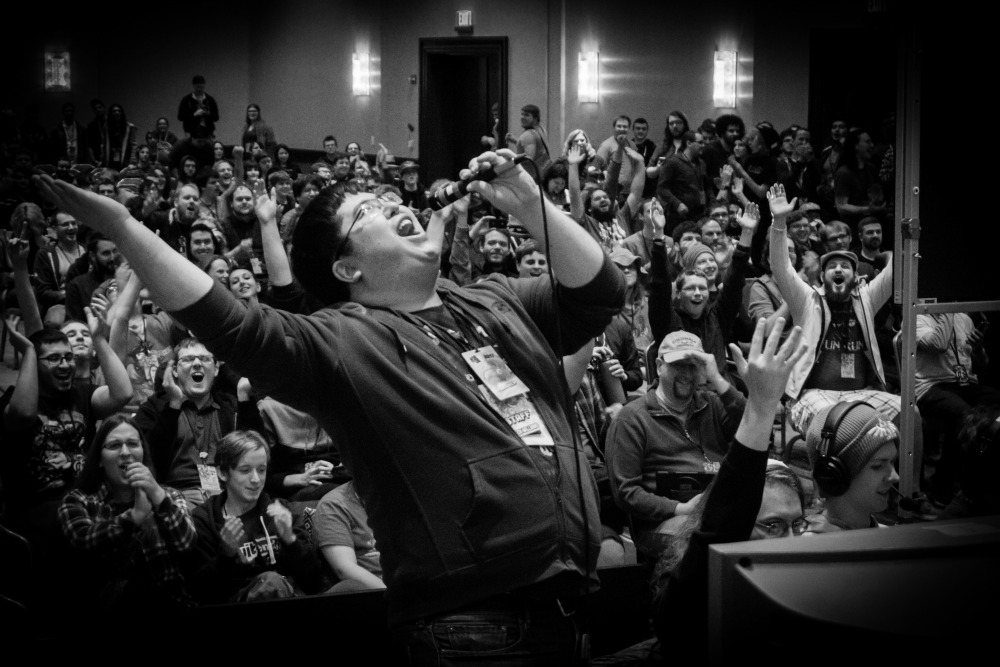 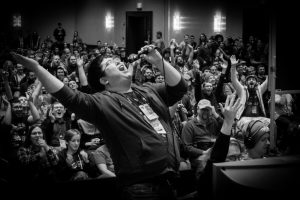 Video games are proving to be a powerful weapon in the fight against cancer! The Awesome Games Done Quick (AGDQ) video game marathon raised a record-breaking $2.2 million for the Prevent Cancer Foundation® earlier this month. Viewers from around the world tuned in to watch the best gamers speedrun (play as fast as possible) popular video games 24-hours-a-day for one week. We are incredibly inspired and thankful for the generosity of these donors from all around the world who are dedicated to helping Stop Cancer Before It Starts!®

Just 12 years ago, a few gamers who wanted to use their talents for good started Awesome Games Done Quick. The first few events raised a couple thousand dollars; now, AGDQ is one of the most popular events in the gaming world and has raised millions for cancer prevention and early detection programs.

This year, 1,600 people traveled to Dulles, Va. to watch the games in person. One attendee, who lost both of his parents this year—one of them to cancer—was  unsure if he would be able to make it this year. He told the Foundation how happy he was that he came, thanks to the family-like community at AGDQ and the opportunity to help other families avoid the tragedy his family has suffered.

Viewers at home generously donated, sharing why they’re passionate about funding cancer prevention and early detection programs. Here are some messages they shared (edited for clarity):

“I lost my father this April to liver cancer. Three years of living with cancer and his body just couldn’t take it anymore. Watching him slowly get worse and worse had to be the worst thing I could have ever imagined. Every single day is hard, even 9 months later, because I miss him so much. I wouldn’t wish cancer upon anyone. Thank you guys so much for this stream, you don’t know how much it means to those of us that have lost loved ones to cancer.”

“[I] have watched and donated for many years. This year, my father is fighting lung cancer, making everything you all do mean that much more to me.”

“Greetings from England. I don’t have a personal ‘cancer story,’ but I know plenty of people whose lives have been affected by the disease. Let’s make a world where no one has a cancer story.”

We know you’re eager to hear where their funds are going to help millions of people around the world. Thus far, money has been allocated to:

Stay tuned for more information about the programs that will be made possible with your support! Thank you to the entire AGDQ community―your donations are saving lives.