More than one thousand gather to Stop Cancer Before It Starts!®

WASHINGTON, D.C. — The Prevent Cancer Foundation® hosted its 23rd Annual Spring Gala to advance the Foundation’s mission of saving lives across all populations through cancer prevention and early detection.  Members of Congress from both sides of the aisle attended, along with diplomats and leaders in the business, government, medical, sports, media and social communities. More than 1,000 people gathered at the National Building Museum for the event.

The theme for this year’s gala was “Italy: Icon of Innovation,” and the event was held under the honorary patronage of His Excellency, the Ambassador of Italy, Armando Varricchio and Mrs. Varricchio.

Gala décor was personally designed by celebrity event planner David Tutera, who is a member of the Foundation’s Board of Directors. Mr. Tutera shared his personal story of how his life has been touched by cancer during the “Lighting the Way to Prevention” ceremony.

“I never truly understood the toll cancer takes on loved ones until it punctured my world,” he said, before describing how his world was rocked with cancer diagnoses for his mother, uncle and several close friends.

“Now that I’m a father, prevention and the work of the Prevent Cancer Foundation have become even more important in my life,” he said.

The Foundation honored House Majority Leader Kevin McCarthy with the 2017 Cancer Champion Award for his work in encouraging the spirit of bipartisan unity around medical research, funding for the 21st Century Cures Act and the Cancer Moonshot Initiative. Leader McCarthy also shared his personal connection to cancer after losing his father to the disease. He accepted the Cancer Champion Award on his father’s behalf.

The Prevent Cancer Foundation® Annual Spring Gala is repeatedly named by BizBash as one of Washington’s Top 100 Events (#6 in the Benefits category in 2016). The evening also featured a silent auction, which included 65 items and raised close to $90,000.

The Gala raised a total of $1,581,805. On average, 84 cents of each dollar raised through the Gala directly supports the Foundation’s mission.

About The Prevent Cancer Foundation®

The Prevent Cancer Foundation® is one of the nation’s leading voluntary health organizations and the only U.S. nonprofit focused solely on cancer prevention and early detection.  Founded by Carolyn Aldigé in 1985 in memory of her father, the Foundation has catapulted cancer prevention to prominence and fulfills its mission through research, education, outreach and advocacy across the country. 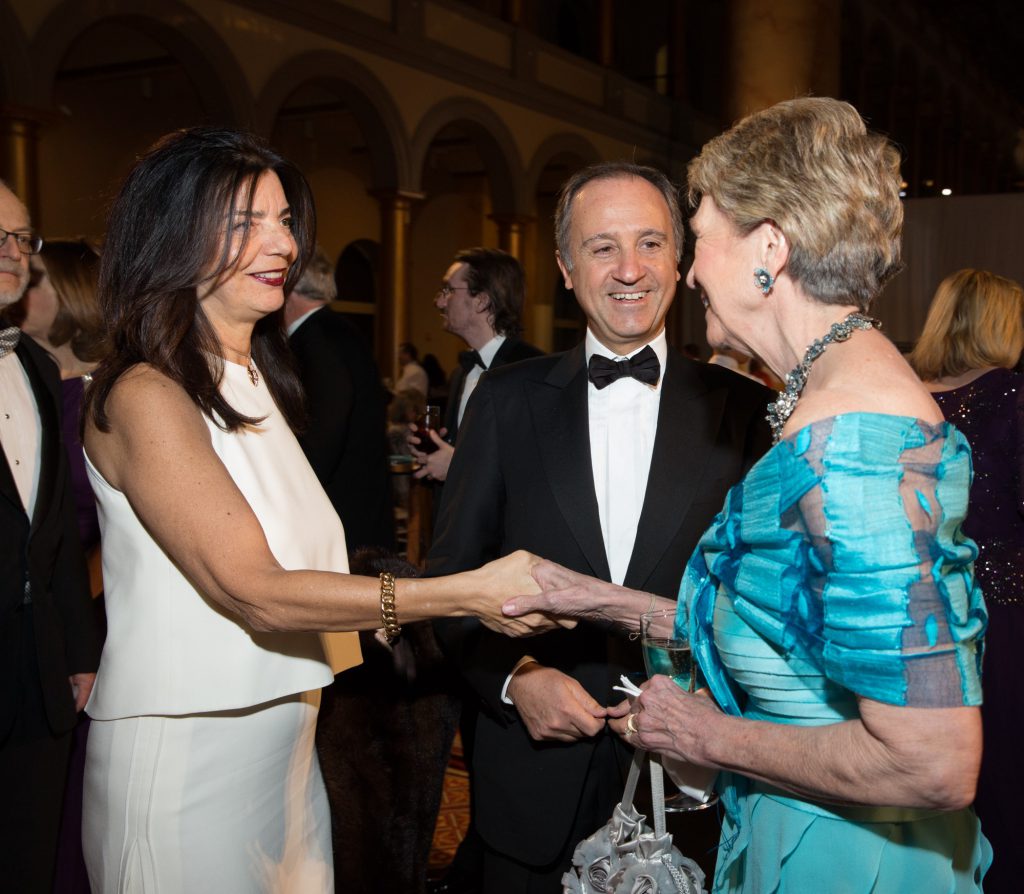 Prevent Cancer Foundation® President and Founder Carolyn “Bo” Aldigé greets His Excellency, the Ambassador of Italy, Armando Varricchio and Mrs. Varricchio, who served as honorary patrons of the event. 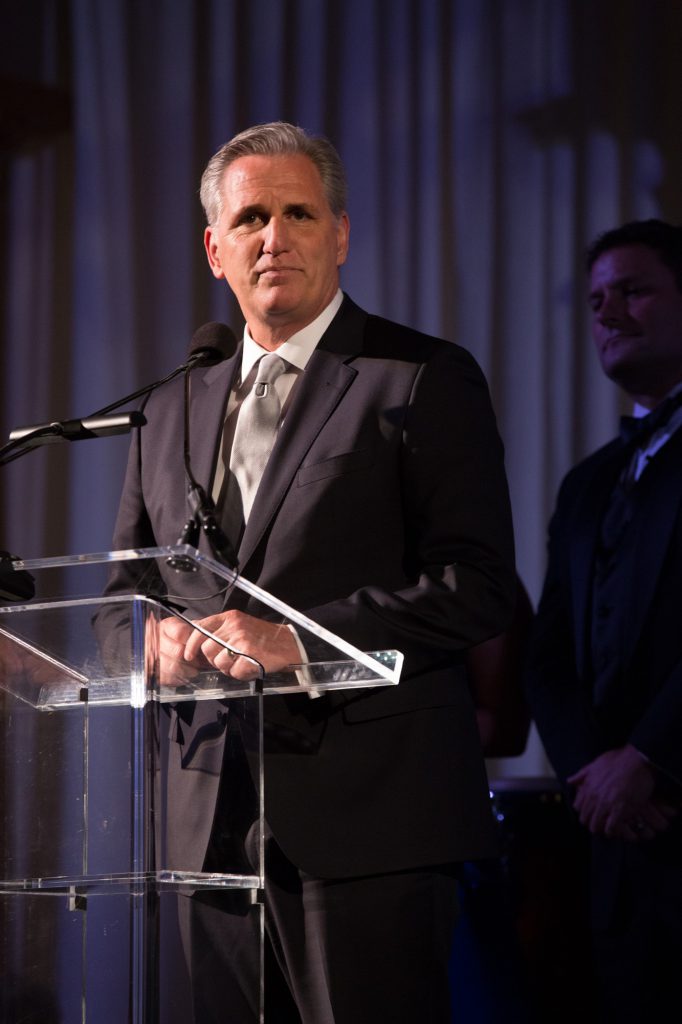 House Majority Leader Kevin McCarthy gives remarks after accepting the 2017 Cancer Champion Award in memory of his father, who passed away from cancer. 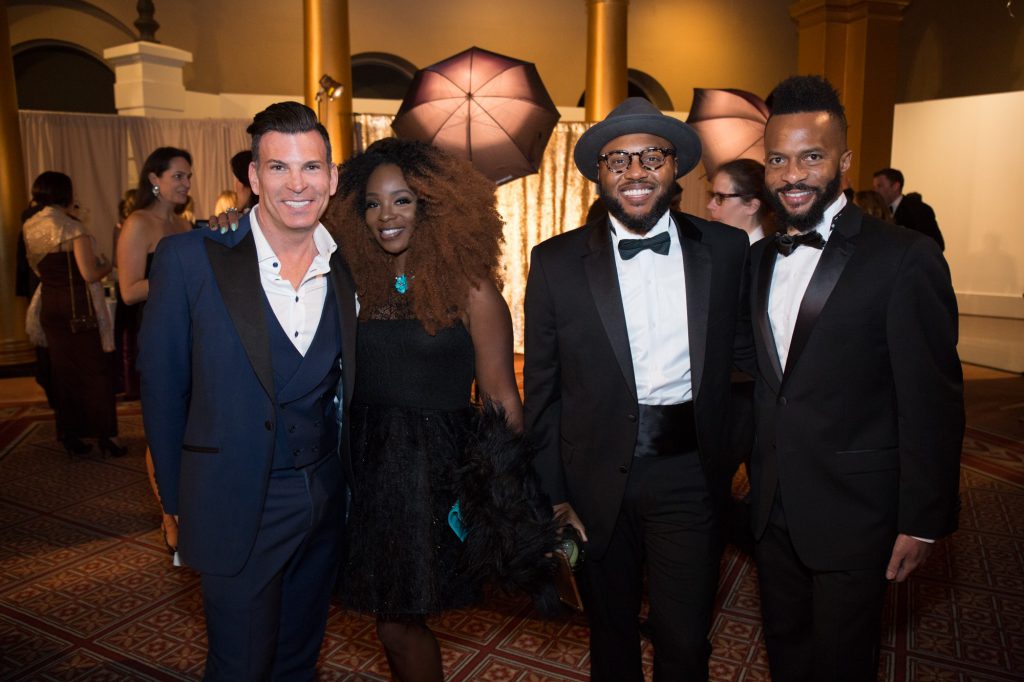 Celebrity event planner David Tutera (left) poses with Slomique Hawrylo, Nii Burton and Montré Burton. Tutera is a member of the Prevent Cancer Foundation® Board of Directors and has personally designed the Gala décor for the past 18 years. Hawrylo and Montré Burton star with Tutera on David Tutera’s CELEBrations on WE TV.