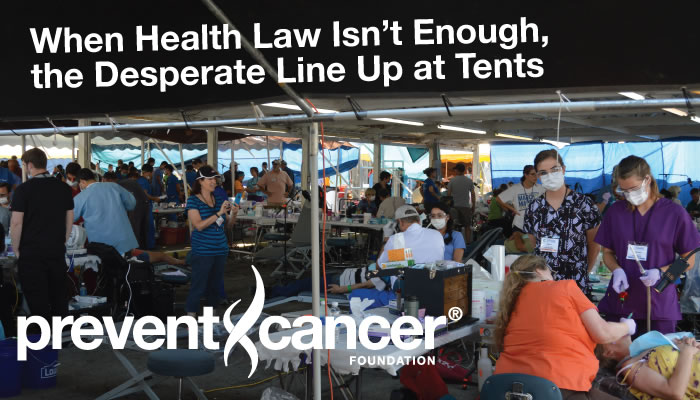 When Health Law Isn’t Enough, the Desperate Line Up at Tents

SUNDAY, July 23, 2017 (The New York Times)—Anthony Marino, 54, reached into his car trunk to show a pair of needle-nosed pliers like the ones he used to yank out a rotting tooth.

Shirley Akers, 58, clutched a list of 20 medications she takes, before settling down to a sleepless night in the cab of a pickup truck.

Robin Neal, 40, tried to inject herself with a used-up insulin pen, but it broke, and her blood sugar began to skyrocket.

As the sun set in the mountains of southwest Virginia, hundreds of hurting souls were camped out or huddled in vehicles, eager for an early place in line when the gates swung open at 5 a.m. for the nation’s largest pop-up free clinic.

Clinical trials for cancer could use more older people
Jul. 23, The Washington Post