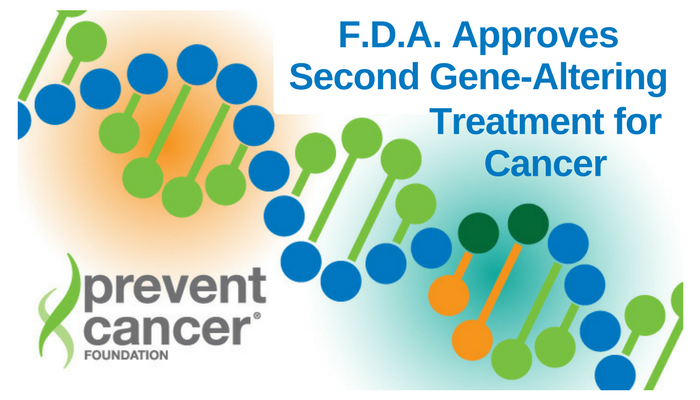 F.D.A. Approves Second Gene-Altering Treatment for Cancer
WEDNESDAY, October 18, 2017 (The New York Times) — The Food and Drug Administration on Wednesday approved the second in a radically new class of treatments that genetically reboot a patient’s own immune cells to kill cancer.

The new therapy, Yescarta, made by Kite Pharma, was approved for adults with aggressive forms of a blood cancer, non-Hodgkin’s lymphoma, who have undergone two regimens of chemotherapy that failed.

Another last-ditch effort to tackle Obamacare stalls within hours of its release
Oct. 17, The Washington Post

A Silent Epidemic of Cancer Is Spreading Among Men
Oct. 18, NBC News