You gotta be kidney-ing me! 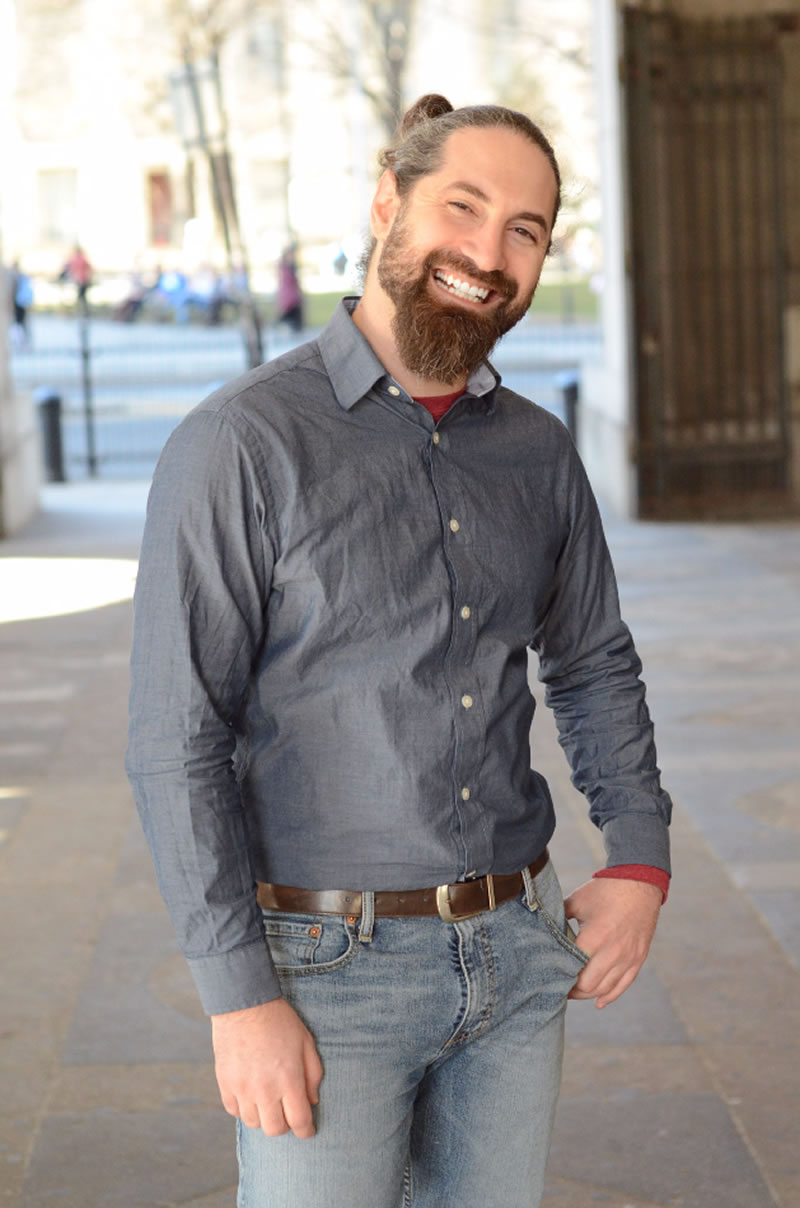 In 2015, my legs weren’t working very well, so I decided to go to the doctor. I was only 38, so the doctor was concerned and sent me to the emergency room. They tried to send me home and said there was nothing wrong with me. But I called my doctor, who called the hospital, and they finally admitted me.

I was there for 10 days, and they tried to release me three different times. Each time, another doctor came in and said, “Keep him.” On the 10th day, they told me I had kidney cancer.

I looked at my doctor and said, “You gotta be kidney-ing me!”  I don’t think the doctor saw the humor, but cancer humor grows on you, Doc. My nature is to be silly and take life as it is.

After my cancer diagnosis, I changed my whole diet. I started eating more greens, took out a lot of the cheese and soda, and started drinking more water. When it came time for my operation, my body was working for me and not against me. My new diet got me through my operations and recovery. It was me taking it seriously.

Now, I still have some [lesions] on my belly and lungs, but they are so small the doctors can’t do anything, so I go in every six months to make sure they don’t grow. They took out the whole kidney, and according to them I am cancer-free.

My legs are still not working, but I have no cancer in me. The legs have nothing to do with my kidney cancer, but it got me to go to the doctor. I would never have gone to the hospital for cancer—it’s not like that’s what they were looking for.

Before this, I would never go to the doctor. I would just say, I’m fine, I need to eat better. But I literally felt like I was dying. I felt like my body was dying, and that was the only thing that made me fight back. The first time they said they were going to send me home, for me to call up my doctor in that moment—I never would have done that if I didn’t listen to my body. I knew something was wrong.

Now, if I fart wrong I go to the doctor. I ain’t taking no chances again!

The Prevent Cancer Foundation message is about preventing cancer and cancer education. I would have died had I not fought back and insisted something was wrong with me. People shouldn’t say no to what they’re feeling.

Thomas Bellezza is a kidney cancer survivor. In celebration of his one year anniversary of being cancer-free, he gathered musicians from all over the world to perform music from his musical project “Altayon.” The event was a hit, with 20 percent of proceeds donated to the Prevent Cancer Foundation®.

To host your own event in support of the Foundation, please visit
youcanpreventcancer.org.

What’s the difference between a right and wrong fart?

Not to worry! Thomas was just using that as a figure of speech. Farting is a completely normal part of the digestive process and means that you are healthy. If you experience excessive gas that you can’t control, that could be a sign of a serious disease like Crohn’s Disease, so talk to your health care professional.

Thanks for the info! I really needed to know, my Grandpa used to fart all the all the time and after reading this I started getting worried. I thought for a second he might have had kidney cancer! Thank goodness for the useful info, your a life saver! 😉

Hey Confused father, I am sorry for the confusion. I was making a joke. It’s how I got through my battle. I made light of everything and it helped me focus on my strength. What I did learn, and it’s different for everyone, is my doctor said two common signs of potential Kidney issues, or cancer in the Kidney, is chronic bad breathe [no matter how much you brush or floss] and you pee two to three times as much as you normally do [even if you still drink a normal amount of liquids]. I happened to have both those symptoms but wasn’t aware that it meant anything, at the time. But either way, always get checked by a doctor. This was my particular experience and my personal doctor speaking to me.