Given that Valentine’s Day and National Cancer Prevention Awareness Month both fall in February, it’s the perfect time to talk about the important role loved ones play in each other’s health. On Thursday, February 15, the Congressional Families Cancer Prevention Program gathered for a “Check Your Mate” seminar to do just that. 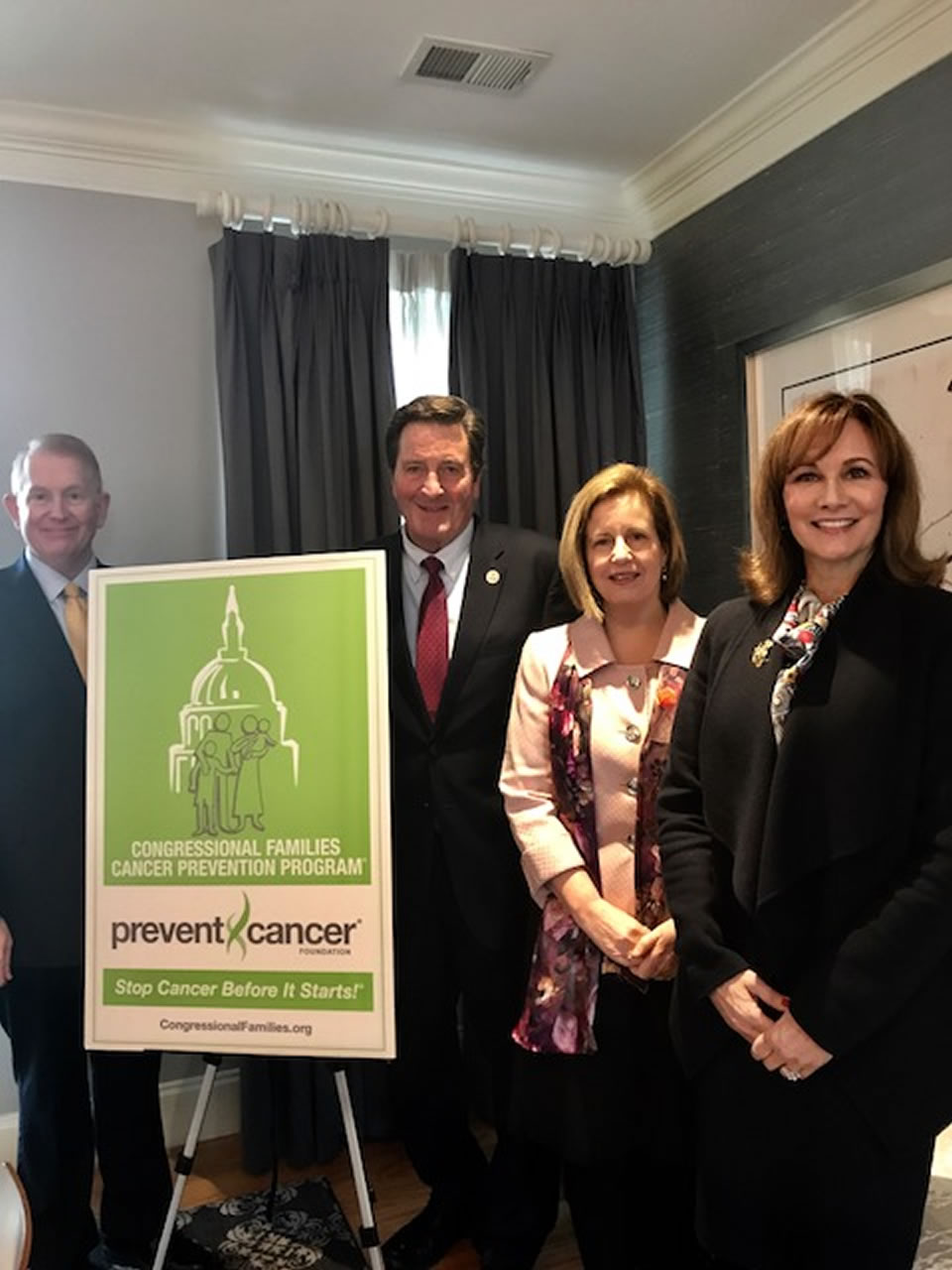 Congressional Families Executive Director Lisa McGovern opened the program with an overview of the Prevent Cancer Foundation’s Check Your Mate campaign, which encourages couples to notice changes in each other’s bodies that might be signs of cancer. Brian Monahan, M.D., Attending Physician for the U.S. Congress, followed Lisa’s introduction, highlighting the services of the Office. He also touched on key issues in the oncology field, including the cost of cancer care and access to clinical trials. “Cost is the worst side effect of chemo,” Dr. Monahan told the group.

William Sandmeyer, Director of the Members’ Wellness Center, spoke about the variety of amenities the Center provides for Members of both the House and Senate and their families (for a fee), and the importance of exercise for cancer prevention.

Dr. Lisa Kennedy Sheldon, Chief Clinical Officer for the Oncology Nursing Society, shared how she once noticed a suspicious spot on her long-time plumber’s face, which led to a melanoma diagnosis. She stressed that we can help with early detection for not only our spouses, but others we encounter in our daily lives.

Dr. Sheldon fielded questions from spouses, who were eager for guidance on how to motivate family members to prioritize their health, from getting significant others to visit the doctor to discouraging teens from using e-cigarettes. Spouses were also interested in knowing more about how diet affects cancer risk, particularly alcohol.

LeeAnn Johnson (spouse of Rep. Bill Johnson of Ohio) offered her personal perspective, having found suspicious spots on both her husband and brother, which led to cancer diagnoses.

Congressman Roger Marshall, M.D. (R-KS), offered brief remarks to attendees. Congressman John Garamendi (D-CA) also attended, as well as eight Congressional spouses representing both parties and houses. The conversation led to ideas for future seminars, op-eds and other opportunities for spouses to strengthen their roles as ambassadors for cancer prevention