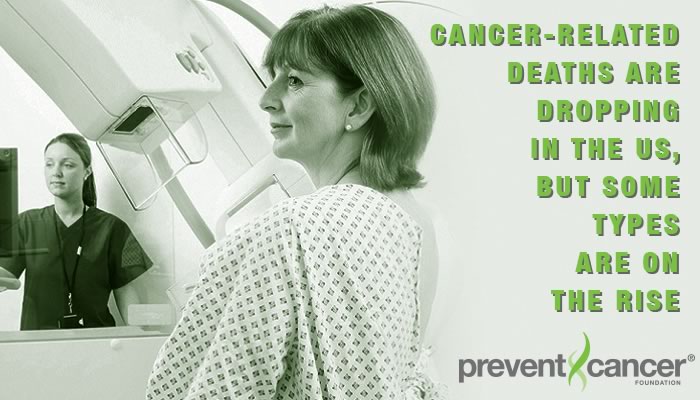 Cancer-Related Deaths Are Dropping In The US, But Some Types Are On The Rise

TUESDAY, May 22, 2018 (Buzzfeed News) — Overall, the cancer mortality rate — the number of deaths per 100,000 people — is dropping in the US, including most of the common cancers such as lung, colorectal, breast, and prostate, according to a report that is published each year by the American Cancer Society, the Centers for Disease Control and Prevention, the National Cancer Institute, and the North American Association of Central Cancer Registries.

Report: Obesity linked to these 12 types of cancers, including breast and colorectal
May 24, USA Today

Racing against cancer: New efforts to save lives with early detection
May 21, Chicago Tribune

Lung cancer rates in younger white and Hispanic women surpass those of men
May 23, The Washington Post

Do kids need a different kind of sunscreen?
May 22, CNN