The Power of Community: 2018 Dempsey Challenge 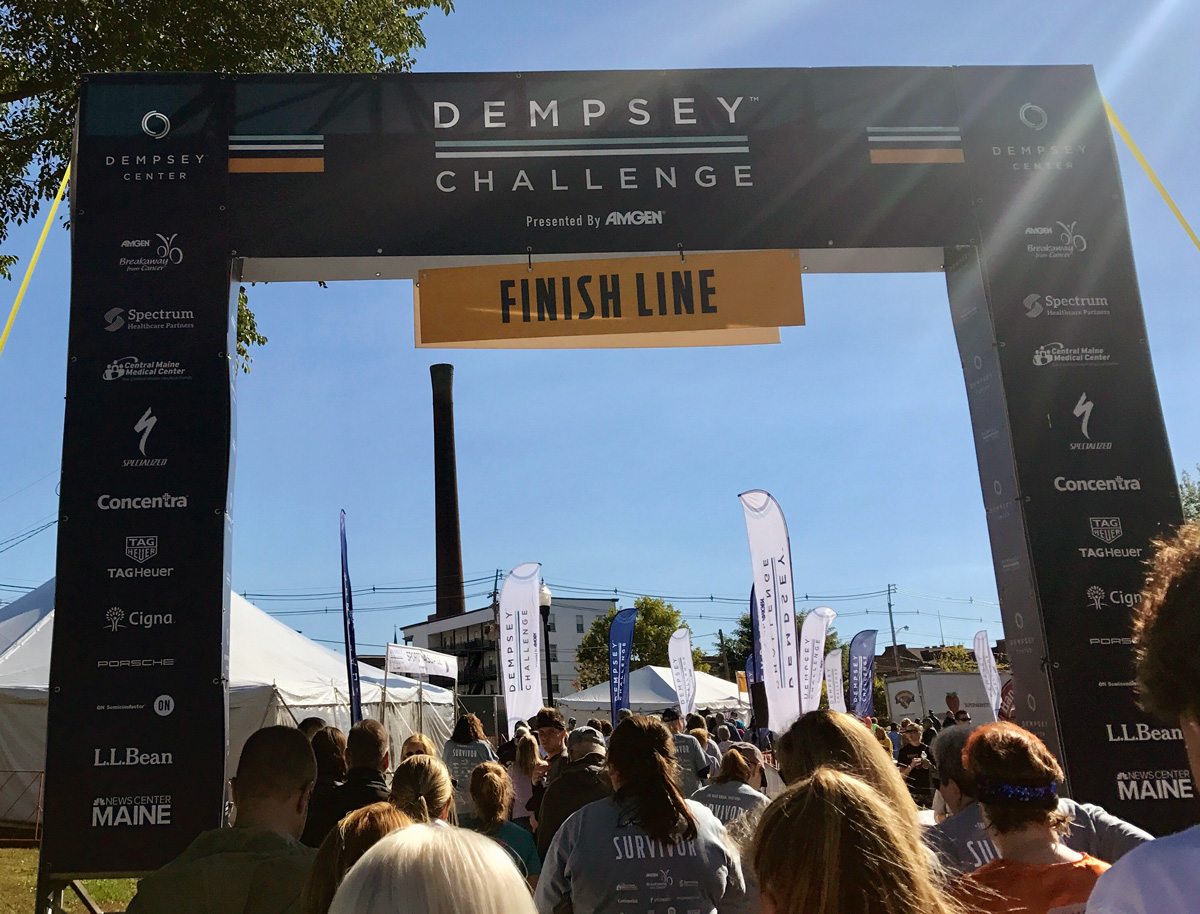 During the last weekend of September, thousands of people from across the U.S. (and from several other countries!) gathered in picturesque Lewiston, Maine, for the 10th annual Dempsey Challenge. This year, the two-day, non-competitive run, walk and cycle fundraiser raised more than $1.2 million for the Dempsey Center, an organization that offers free quality of life services for cancer patients and those affected by these diseases. Actor Patrick Dempsey and his family founded the Center in 2008 in honor of his mother, Amanda Dempsey, who battled ovarian cancer for 17 years until her death in 2014.

I was lucky enough to attend the event as part of the Prevent Cancer Foundation’s partnership with Amgen’s Breakaway from Cancer*. Breakaway from Cancer is a national initiative to increase awareness of resources available to those affected by cancer, from prevention through survivorship—and we’re honored to be a part of it. The National Coalition for Cancer Survivorship, Patient Advocate Foundation and Cancer Support Community are our fellow partners in this initiative.

While meeting Patrick Dempsey was certainly a highlight of the weekend, what I really took away from the experience is how the power of a small community can truly make a difference. At the Champions for Hope Celebration, top fundraisers (including several individuals who raised more than $20,000 each!) were recognized in a moving ceremony with awards presented by cancer survivors and caregivers who have received services at the Dempsey Center. Barbara Deschenes received the Amanda Dempsey Award for founding the Cancer Resource Center of Western Maine in nearby Norway, Maine. Ms. Deschenes traveled often to the Dempsey Center after receiving her own cancer diagnosis, and recognized the need for similar services in her town. 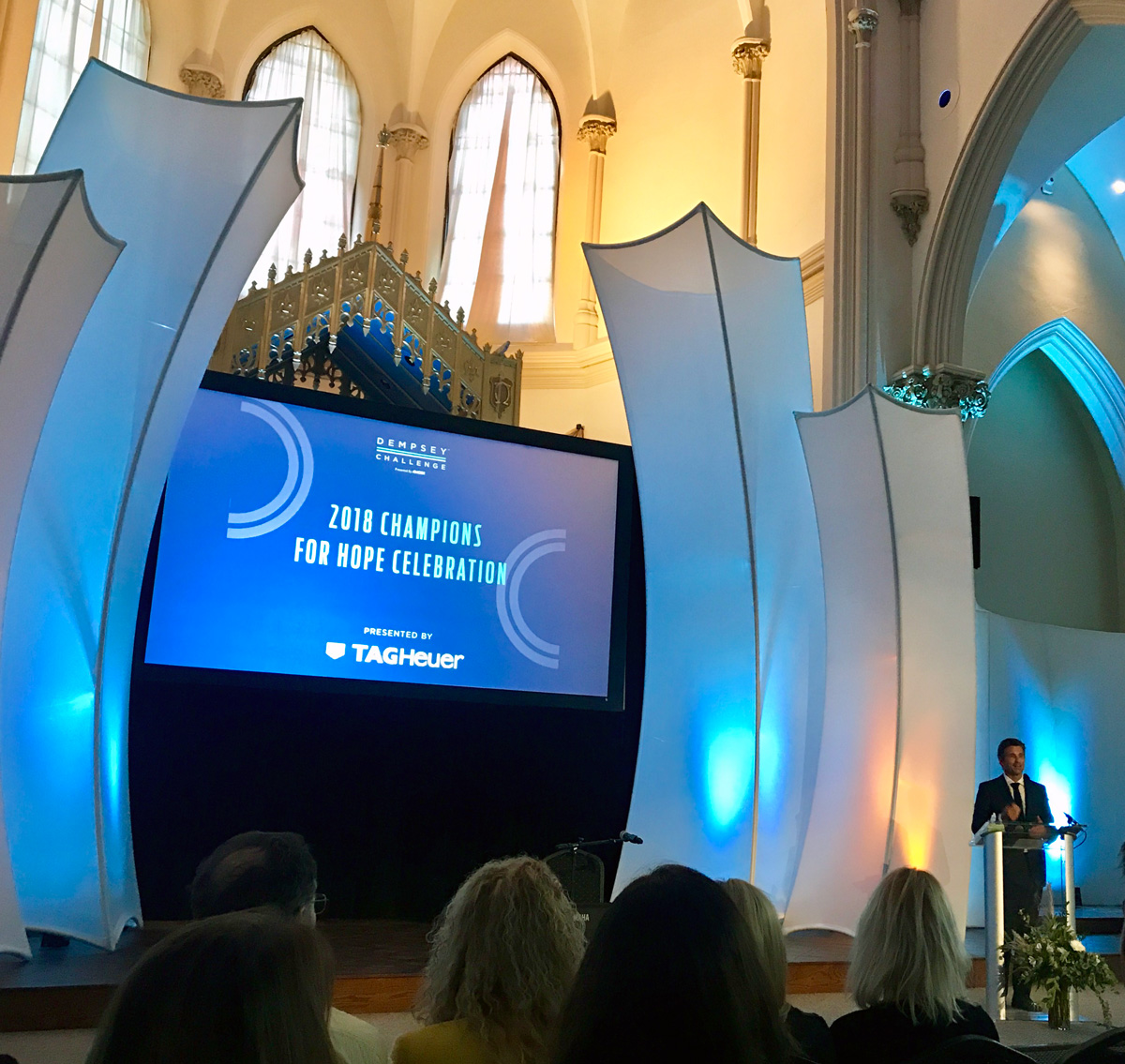 The community’s presence was also felt through the hard work of the thousands of volunteers who help run the event and the daily operations of the Dempsey Center. I toured the original facility in Lewiston and could see what an inviting, supportive and compassionate environment staff and volunteers create for anyone affected by cancer. People travel from all over Maine to use their services, which range from support groups to cooking classes to acupuncture.

The cancer survivors, caregivers and others in attendance were eager to hear about our mission of cancer prevention and early detection and share it with others. I left the event feeling inspired and recommitted to spreading education and awareness of ways to Stop Cancer Before It Starts!® 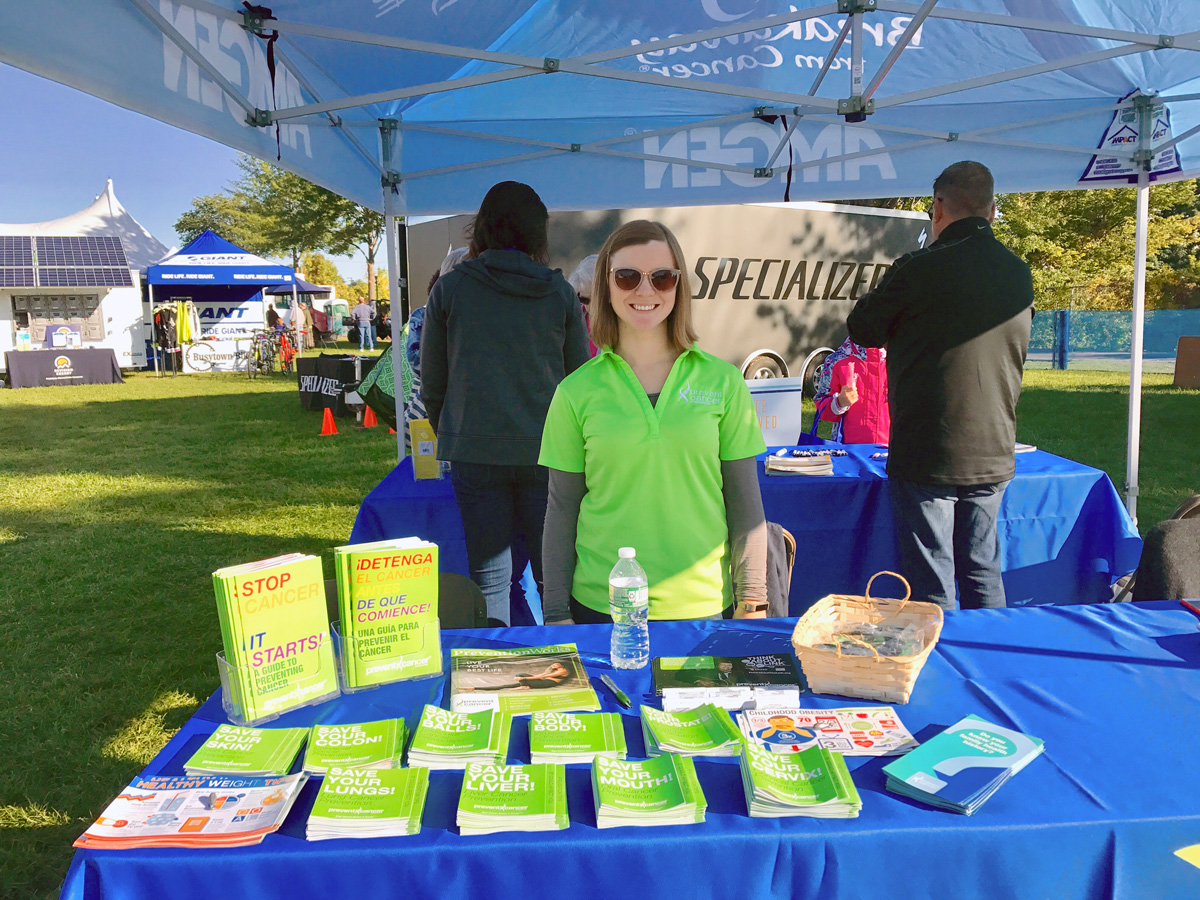 *Amgen’s Breakaway from Cancer is the presenting sponsor of the Dempsey Challenge.