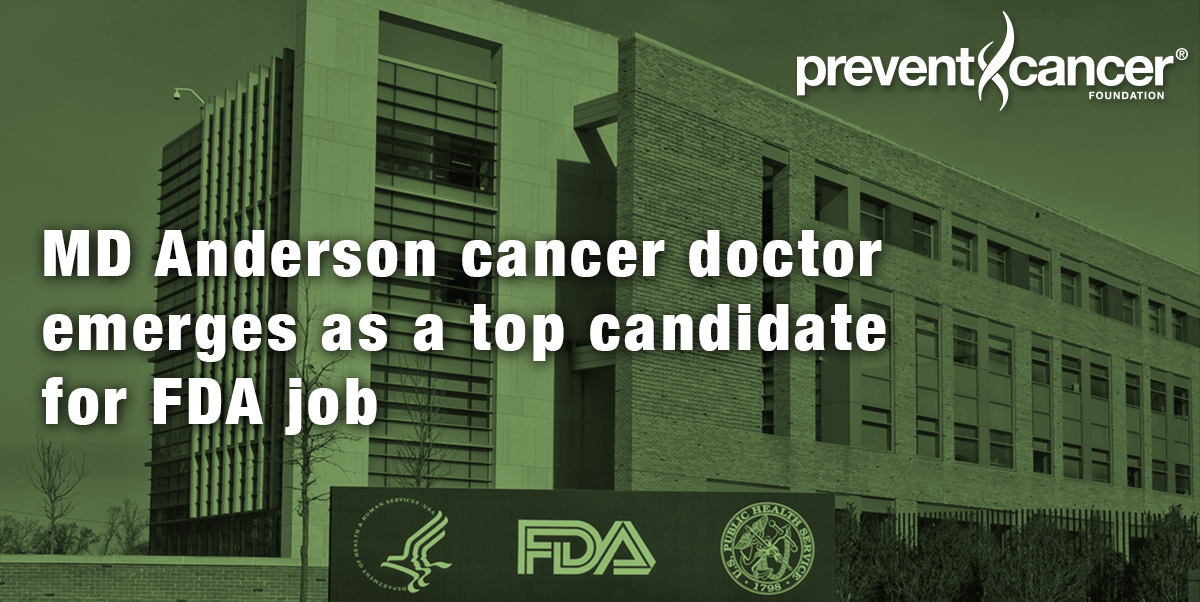 Thursday, September 5, 2019 (The Washington Post)—Stephen Hahn, a top official at MD Anderson Cancer Center, is being considered for the top job at the Food and Drug Administration, according to people familiar with the discussions.

Hahn, a radiation oncologist and researcher, met with President Trump on Wednesday to discuss being nominated as commissioner of the agency.

Scott Gottlieb: E-cigarettes are not off the hook
Sept. 4, The Washington Post

Here’s How Much Physical Activity a Day Cuts Your Risk of Colon Cancer
Sept. 2, Runner’s World