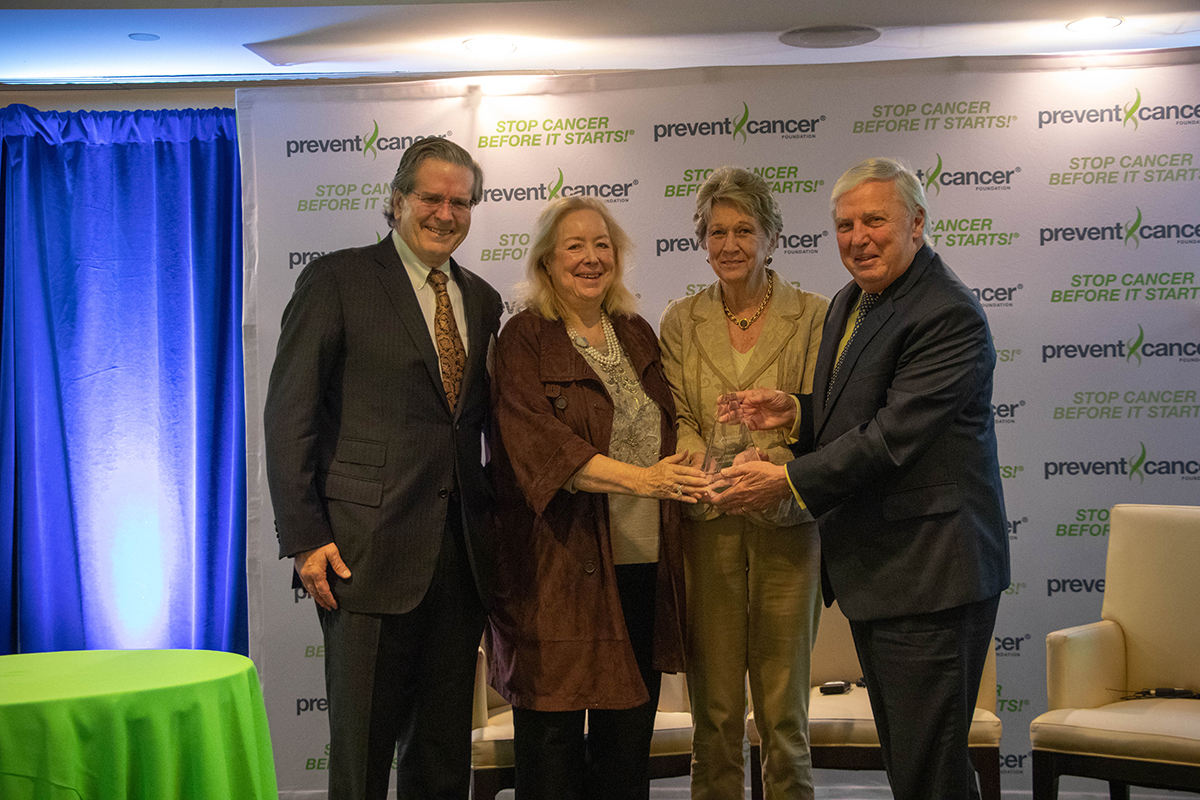 In 1999, when the first success of spiral CT in detecting early lung cancer was reported, much of the world was skeptical—but the response at the Prevent Cancer Foundation® was markedly different. In conjunction with the Roy Castle Foundation and Cheri Blair, wife of the Prime Minister of the United Kingdom, the Foundation held the U.K.-U.S. Millennium Lung Cancer Workshop to explore how a randomized CT trial could determine if lung cancer screening could really reduce deaths from lung cancer.

At that meeting, Dr. Richard Klausner, then-director of the National Cancer Institute (NCI), expressed strong interest in having the NCI conduct this study. His successor, Dr. von Eschenbach, stepped in to fulfill the difficult task of finalizing the study design and ensuring sufficient resources to execute this massive trial. To this day, the NLST is the largest and most expensive single cancer site screening trial in the U.S.

Under Dr. von Eschenbach’s leadership, the National Lung Screening Trial proved that low-dose CT scan is superior to chest x-ray in screening current or former smokers. In fact, screening with low-dose CT can reduce lung cancer deaths by at least 20%. As a result of this trial, the U.S. Preventive Services Task Force (USPSTF) recommended lung cancer screening, and the Centers for Medicare and Medicaid Services (CMS) issued a decision to reimburse beneficiaries who meet the age and tobacco-exposure criteria for this screening service.

“It was a courageous and proactive role that Dr. von Eschenbach played in initiating the NLST, despite very mixed support for the trial,” said Dr. James Mulshine, Scientific Director of the Prevent Cancer Foundation®, for whom the award is named. “It is hard to overestimate the transformative impact this trial and Dr. von Eschenbach’s work have had for lung cancer outcomes.”

This NLST inspired other trials in Europe and elsewhere, including the NELSON trial, which validated these findings and suggested an even greater mortality reduction benefit.

Before joining the NCI, Dr. von Eschenbach worked for more than three decades as a physician, surgeon, oncologist and executive, including serving as chairman of the Department of Urologic Oncology, executive vice president and chief academic officer at the University of Texas M.D. Anderson Cancer Center in Houston. He also served as president-elect of the American Cancer Society. After NCI, he was commissioner of the Food and Drug Administration.

About the Prevent Cancer Foundation®

The Prevent Cancer Foundation® is one of the nation’s leading voluntary health organizations and the only U.S. nonprofit focused solely on cancer prevention and early detection. Founded in 1985, it has catapulted cancer prevention to prominence and fulfills its mission through research, education, outreach and advocacy across the country.