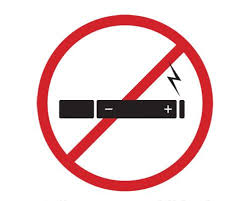 Last week, reports emerged that the White House was wavering on it proposed policy to ban the sale of flavored e-cigarette products, including mint and menthol flavors. Statements from both presidential advisor Kellyanne Conway and head of the Domestic Policy Council Joe Grogan suggested that the President was considering exemptions from the ban for vaping shops and completely dropping the ban on mint and menthol flavors.

A planned meeting to discuss the policy has been on and off the schedule for weeks, but, after concerns raised from the public, the meeting seems to now be back on the calendar for the President.

In a statement, White House spokesman Judd Deere said, “As the President has said, there is a serious problem among our youth and their growing addiction to e-cigarettes. The policy making process is not stalled – it continues to move forward. This meeting will allow the President and other Administration officials an opportunity to hear from a large group, representing all sides as we continue to develop responsible guidelines that protect the public health and the American people.”

The Prevent Cancer Foundation® remains firm in its support of a ban on all flavored tobacco products as the growing vaping epidemic poses a huge threat to the health of millions of teens and young adults across the country. The Foundation signed a statement to the President asking for a commitment to the ban along with dozens of other patient advocacy organizations. Read it here.

Study shows decrease in melanoma among teens and young adults

A new study published in the Journal of the American Medical Association (JAMA) reports a decrease in melanoma cases in teens and young adults. Researchers reviewed data from the National Program of Cancer Registries – Surveillance Epidemiology and End Results (NPCR-SEER) combined database, which contains data encompassing over 99% of incident cancer cases in the United States. Between 2001 and 2015, 988,103 cases of invasive melanoma were identified.

Despite the increase in older Americans, the findings seem to suggest that public health efforts to raise awareness of the connection between sun exposure and melanoma helped prevent many cases in younger Americans – who would be the first generation to benefit from such campaigns.

The Prevent Cancer Foundation® suggests taking precautions to protect yourself from harmful UV radiation, such as applying sunscreen, covering your arms and legs when in the sun and staying in the shade when possible.

To learn more about how to protect yourself, view our skin cancer prevention tips.

Researchers at the Centers for Disease Control and Prevention (CDC) have identified a chemical thought to be associated with the ongoing lung illness linked to vaping, which the CDC now refers to as e-cigarette, or vaping, product use associated lung injury (EVALI). Since the first cases of the EVALI earlier this year, 2,290 cases have been reported to the CDC (as of November 21).

After taking fluid samples from 29 patients across 10 states, researchers found traces of vitamin E acetate, an additive found in some THC-containing e-cigarette or vaping products, in all the samples. This was the first time a chemical of concern was detected. The CDC also tested for a range of other chemicals such as plant oils, mineral oils and terpenes, but none were found.

Despite the association with vitamin E acetate, the CDC says there is not enough evidence to rule out the role other substances may have in contributing to EVALI and are continuing to review other chemicals and compounds.

It is also important to note that, while vitamin E acetate is unsafe to inhale, the CDC says it is safe to ingest as a vitamin or supplement or when applied to the skin through a lotion or cream.

If you are looking to stop smoking, the CDC recommends the use of these FDA-approved products.