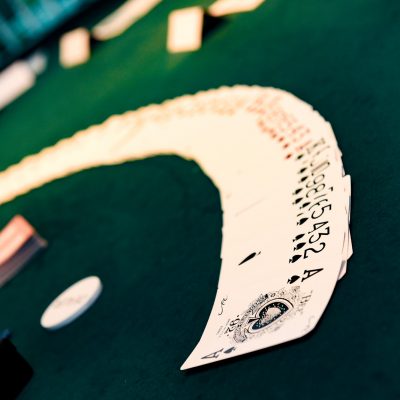 More than 200 players and spectators cashed in their chips for cancer prevention at the Bad Beat on Cancer Texas Hold’Em Poker Tournament. This was the 8th tournament hosted for the Prevent Cancer Foundation® by Drew and Michele Figdor of New York, NY, who started the tournament in 2003. This year’s event raised a record $241,000 […] 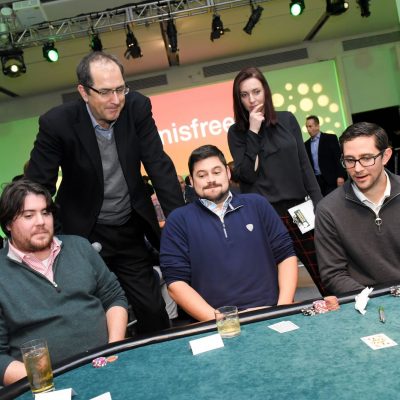 FOR IMMEDIATE RELEASE MEDIA CONTACT: Hayley Cooke 703-837-3692 Hayley.Cooke@preventcancer.org New York. – On Thursday, November 8, more than 200 players and spectators came together for cancer prevention at Michele and Drew Figdor’s 8th Bad Beat on Cancer Texas Hold’Em Poker Tournament. The event raised a record $241,000 for the Prevent Cancer Foundation®, which will fund […]

Thank You! With the support of hundreds of players, Bad Beat on Cancer raised more than $125,000 at this year’s World Series of Poker to help save lives through cancer prevention research, education and community outreach nationwide. Each year, nearly 1.6 million Americans are diagnosed with cancer, and sadly, over 550,000 will lose their battle. […]

Epic Poker will hold a No-Limit Hold’em charity tournament to benefit Bad Beat on Cancer (BBoC), an initiative of the Prevent Cancer Foundation on December 12, 2011 at the Palms Casino Resort in Las Vegas. The $240 buy-in tournament will offer $100 re-buys for the first four levels with an optional $100 add-on opportunity for […]

Learning with the Best: Bad Beat on Cancer Seminar with Annie Duke

I flew to Las Vegas to support the 8th year of the Prevent Cancer Foundation’s Bad Beat on Cancer poker initiative at the World Series of Poker. I was anxious to see our new booth in action, and catch one of the free seminars with the pros. I was delighted to find I’d be sitting […]

“Life is like a game of cards. The hand you are dealt is determinism; the way you play it is free will.” Jawaharlal Nehru There was a lot of free will at last week’s 7th Annual Bad Beat on Cancer. In the mix this year were 12 guys from Virginia, dressed in black polo shirts […]

I was recently asked, “What makes the Foundation’s Bad Beat on Cancer Texas Hold’em tournament so popular every year?” Naturally my first answer was that by playing poker, they are helping to prevent cancer.  Isn’t that obvious?  Hundreds of players over the last 8 years have helped to raise over $3.4 million to support the […]

Back in 2003 when Phil Gordon and Rafe Furst started Bad Beat on Cancer™ (BBoC) at the World Series of Poker®, we had no idea the impact it would have on poker players and cancer prevention. That year, the BBoC initiative hit the jackpot when a little known player by the name of Chris Moneymaker […]

FOR IMMEDIATE RELEASE November 11, 2010 MEDIA CONTACT Cheryssa Jensen (703) 837-3687 cheryssa.jensen@preventcancer.org ALEXANDRIA, VA – World Series of Poker contenders John Racener and Soi Nguyen were not bluffing when they pledged to donate a portion of their winnings to the Prevent Cancer Foundation’s Bad Beat on Cancer™ (BBoC). Nguyen and Racener made it to […]

FOR IMMEDIATE RELEASE: August 18, 2010 MEDIA CONTACT: Tracey Young, (703) 837-3687 tracey.young@preventcancer.org ALEXANDRIA, VA — First-time World Series of Poker (WSOP) finalist Soi Nguyen has pledged to donate 1 percent of his winnings from the event to the Bad Beat on Cancer (BBOC) initiative. Nguyen, who is a novice to the poker industry, has […]