At the Prevent Cancer Foundation, our vision to Stop Cancer Before It Starts!® has taken us all over the country from state fairs to Times Square helping people understand what cancer looks like. Last week, it took us to the grounds of Ebenezer A.M.E. Church in Fort Washington, Maryland, where more than 200 people took a […] 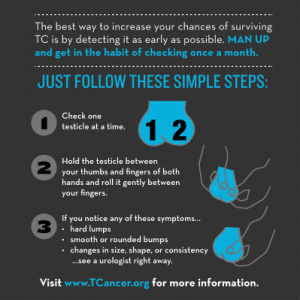 Dialogue For Action 2015 — Registration is open!

Registration for the 2015 Dialogue For Action®: Expanding Access Through Innovation is now open! This can’t-miss cancer screening conference will focus on increasing access to health care, technology, big data, patient engagement and more. Our dynamic speakers will lead you through state-of-the art presentations and answer your questions—and you will have plenty of opportunities to […]

Healthy at the holidays

Seasonal food, drinks and parties are some of the most fun traditions of the holiday season. But come January 1st, many of you will be putting eating healthfully at the top of your New Year’s resolution list after making poor food choices or overeating all December. There is still time before the end of the […]

Winter weather is no excuse

Let’s be honest—we all have a love/hate relationship with winter. We love the magic of the holidays, a steaming mug of hot chocolate, trendy scarves and ugly sweaters. Some people even love snow! But our daily routines are interrupted by the cold weather, especially as we try to stay fit in the winter months. Those […]

Dr. Sharon Pine shares her progress as she investigates biomarkers for lung cancer prevention and early detection. Lung cancer causes more deaths than any other cancer. An estimated 159,260 Americans are expected to die from lung cancer in 2014, accounting for about 27% of all cancer deaths. In support of Lung Cancer Awareness Month, we […]