FOR IMMEDIATE RELEASE Contact: Lisa Berry 703-519-2107 Lisa.Berry@preventcancer.org The Food and Drug Administration (FDA) this week approved a direct-to-consumer test for three breast cancer gene mutations that are most common in people of Ashkenazi (Eastern European) Jewish descent. While the test may be beneficial to a small subset of the population, the Prevent Cancer Foundation® […]

Feature Story You Can Take Steps to Lower Your Breast Cancer Risk MONDAY, May 8, 2017 (The New York Times) — Fear of breast cancer is widespread, yet many women don’t realize that adopting protective living habits may help keep it at bay. The habits described below may also help to ward off other life-threatening […] 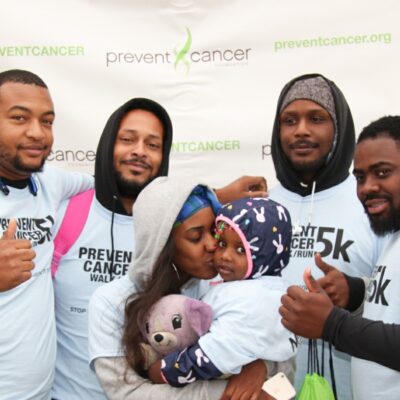 On Valentine’s Day, many people across the world will demonstrate their love for each other with jewelry, flowers, chocolate and other tokens of appreciation. At the Foundation, we encourage you to also take some time to demonstrate love for your relatives by documenting your family’s health history. You share genes with your relatives and may […]

Feature Story New Blood Test Detects Early-Stage Ovarian Cancer With 90 Percent Accuracy THURSDAY, November 19, 2015 (International Business Times) — Most of the times, ovarian cancer is difficult to predict until it spreads to the other parts of the body. Achieving a breakthrough in the field of cancer diagnosis, researchers at the Georgia Institute […]

The Prevent Cancer Foundation has campaigned for cancer screenings for 30 years. These screening tests are integral to early detection, and early detection leads to saving lives. Combined results from randomized screening trials suggest that mammograms reduce the risk of dying from breast cancer by 15% to 20%, while studies of modern mammogram screening programs […]