**Press Release – Prevent Cancer Foundation® stands with The National Academies on elimination of hepatitis B and C to prevent liver cancer** New report says viruses can be eliminated in the U.S. by 2030 FOR IMMEDIATE RELEASE Contact: Lisa Berry 703-519-2107 lisa.berry@preventcancer.org ALEXANDRIA, VA (March 29, 2017) – The Prevent Cancer Foundation® applauds The National […]

Feature Story The New Face of HPV? Cases of Throat Cancer in Men Soon to Surpass Cervical Cancers in U.S. WEDNESDAY, September 28, 2016 (Houson Public Media)–The national increase in cases of oropharyngeal cancer related to the human papillomavirus is troubling, because there is no screening test to catch it early, like the Pap test […]

Feature Story Cancer is now the leading cause of death in 22 states. Surprisingly, thats good news. Wednesday, August 24, 2016 (Vox) — For a long time, if you lived in America, there was a very good chance you’d die of heart disease. For more than half a century, it’s been far and away the […] 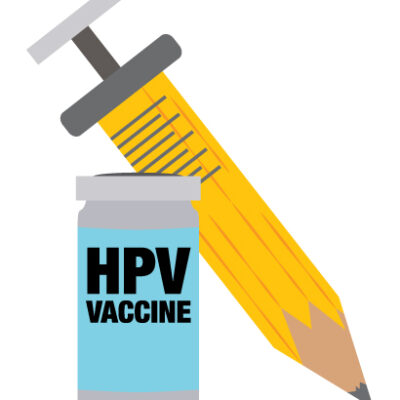 Do your kids have everything they need to start school?

The new school year is upon us.  Before it gets too late, take care of your children’s back to school vaccinations. August is National Immunization Awareness Month and the perfect time to schedule an appointment with your doctor to get your kids ready for school. Most states require students to receive certain vaccinations before they […]

Leading researchers recommend major change in prostate cancer treatment WEDNESDAY, July 6, 2016 (The Washington Post) — Leading American and British cancer researchers are urging that all men with advanced prostate cancer strongly consider being tested for inherited gene mutations — both to help steer their treatment and to alert family members who themselves might be […]

Feature Story NOTE: The Prevent Cancer Foundation recognizes the need for increased awareness on the connection between viruses and cancer. That’s why we launched Think About the Link, a multi-year education campaign that aims to increase screening rates for the viruses, increase immunization rates for HPV and hepatitis B and raise awareness of and access […]

Feature Story Most clinicians do not mention that HPV, HBV vaccines reduce cancer FRIDAY, February 19, 2016 (Infectious Disease News) — Only 7% of clinicians recommended to patients that the HPV and hepatitis B vaccines specifically can reduce cancer, according to a recent survey. “The majority of physicians and other health care providers surveyed reported that […]