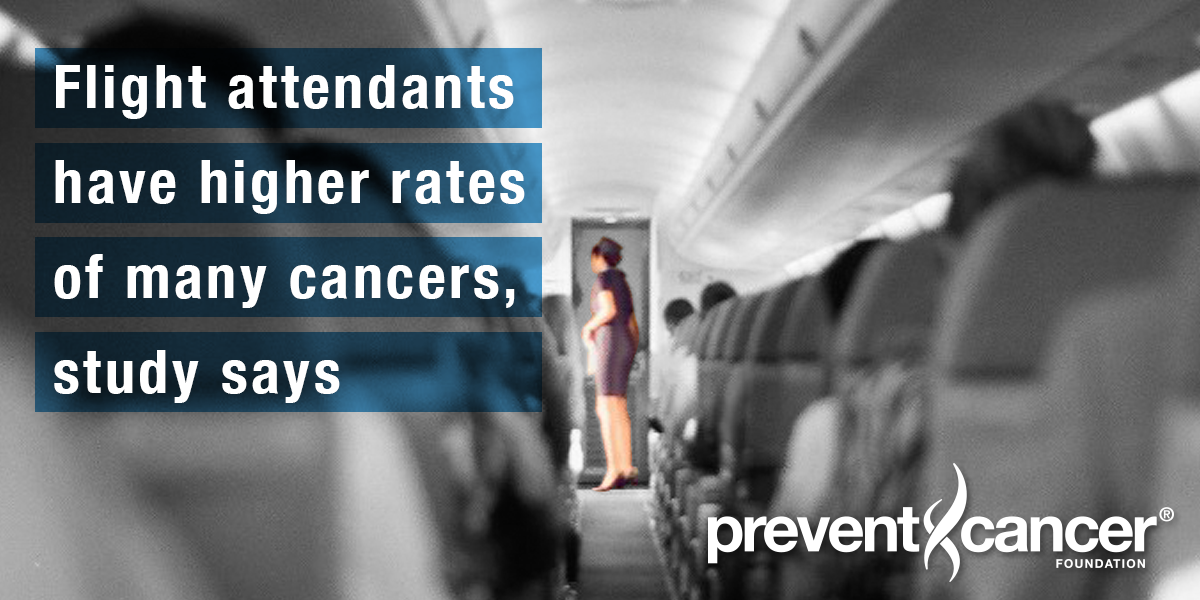 Flight Attendants Have Higher Rates of Many Cancers, Study Says

TUESDAY, June 19, 2018 — (TIME) Flight attendants are exposed to a number of known cancer-causing risks, but few studies have rigorously quantified that risk, and researchers say they are an understudied occupational group.

The Harvard Flight Attendant Health Study (FAHS), begun in 2007, addresses some of the gaps in understanding health risks among flight attendants. In the latest report, published in the journal Environmental Health, researchers found that flight attendants had higher rates of many cancers, including breast cancer and melanoma, compared to the general population.