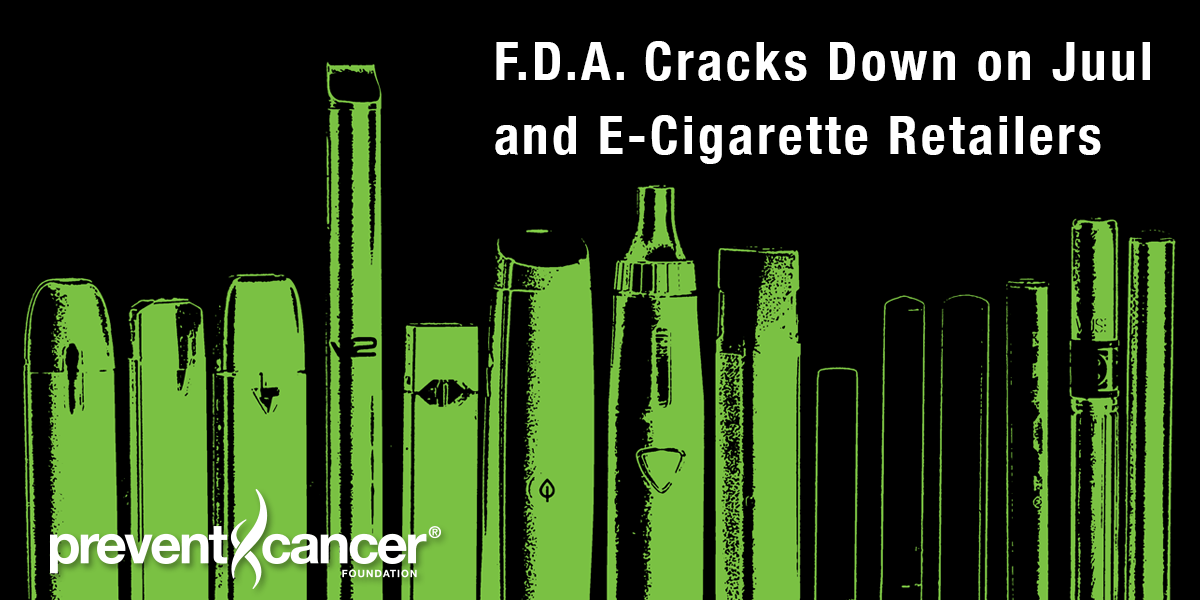 WEDNESDAY, September 12, 2018 (The New York Times)—The Food and Drug Administration on Wednesday declared that teenage use of electronic cigarettes has reached “an epidemic proportion,” and it put makers of the most popular devices on notice that they have just 60 days to prove they can keep their devices away from minors.

The order was part of a sweeping government action that targeted both makers and sellers of e-cigarettes. If Juul Labs and four other major manufacturers fail to halt sales to minors, the agency said, it could remove their flavored products from the market. It also raised the possibility of civil or criminal charges if companies are allowing bulk sales through their websites.

Which Screening Prevents The Most Cervical Cancer? Go With Co-Testing
Sept. 14, Forbes

With CRISPR, Scientists Engineered Nearly 4,000 Mutations of a Breast-Cancer Gene
Sept. 12, The Atlantic