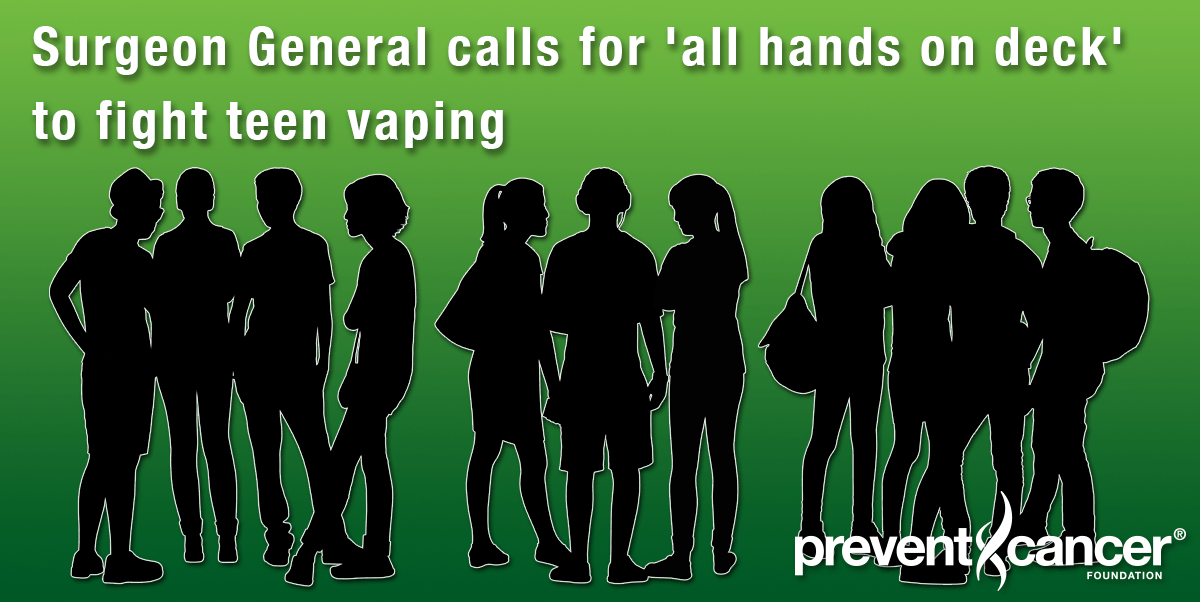 Note: There will be no ICYMI email on Friday, December 28. Emails will resume on Friday, January 4.

TUESDAY, December 18, 2018 (NBC)—Teen vaping has become a significant public health threat, the Surgeon General said Tuesday, and an all-hands-on-deck response is needed to fight it.

A survey released Monday showed 37 percent of seniors have tried vaping, up from just under 28 percent in 2017.

Dr. Jerome Adams released a rare Surgeon General’s advisory calling teen e-cigarette use an epidemic and calling for “aggressive steps” to fight it, including age limits, taxes and restricted sales.

The Appointments Even Healthy People Should Make Once A Year
Dec. 18, HuffPost