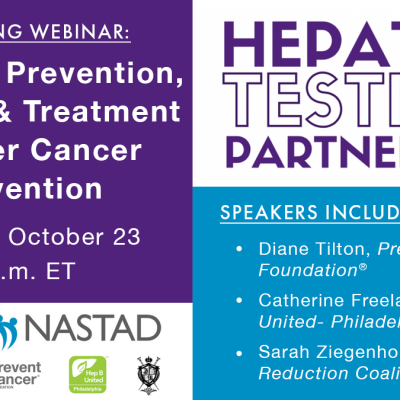 The Prevent Cancer Foundation® is joining the National Alliance of State and Territorial AIDS Directors’ (NASTAD) Hepatitis Testing Partnership for a webinar tomorrow, October 23 at 3:00 p.m. ET! The webinar, titled Hepatitis Prevention, Testing, and Treatment as Liver Cancer Prevention, will explore the connection between liver cancer and viral hepatitis, and examine how hepatitis […]

The Prevent Cancer Foundation® recently announced Mexican-American singer/songwriter Alejandro Escovedo as a national spokesperson for the Think About the Link® campaign. This educational campaign aims to raise awareness of the connection between certain viruses (HPV, hepatitis B, and hepatitis C) and cancer. As a hepatitis C survivor, Escovedo is no stranger to the detrimental effects […]

Feature Story 5 Blood Tests You Need After Age 50 THURSDAY, June 2, 2016 (Prevention magazine) — The virus that kills more Americans than any other disease will probably surprise you: It’s hepatitis C. Recently, the CDC reported new surveillance data showing an all-time high of hepatitis C–related deaths in 2014, at 19,659. Because the […] 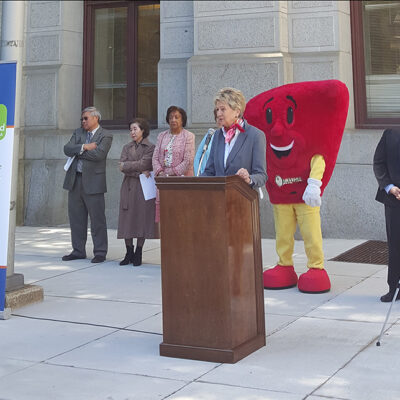 Get Screened for Hepatitis

Prevent Cancer Foundation President and Founder Bo Aldigé speaking at the briefing. Photo credit: Ginny Robison, Philadelphia Department of Public Health. On Thursday May 19th, 2016,, as part of our Think About the Link® Campaign and to recognize Hepatitis Testing Day, the Prevent Cancer Foundation participated in a briefing at Philadelphia City Hall, in partnership with the […]