What do you mean you can prevent cancer? 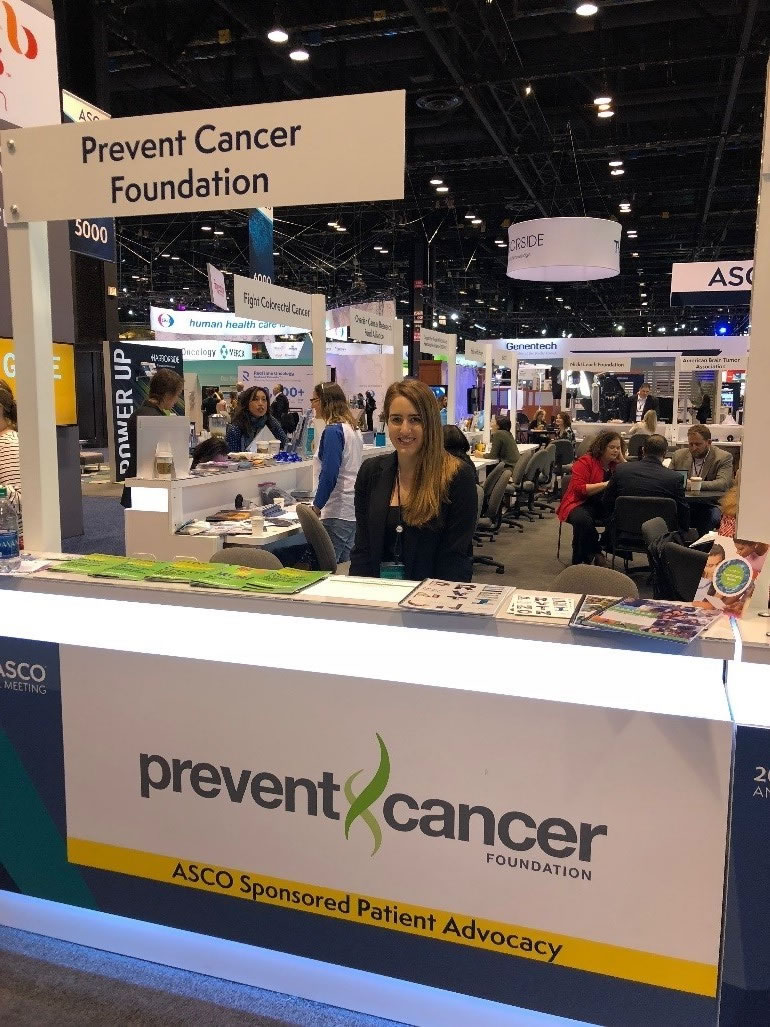 That’s the question I was expecting to get at the  American Society of Clinical Oncology’s (ASCO’s) annual conference in Chicago. My co-worker, Kim, attended in 2017, and as she prepared me for this year’s event, she emphasized that many visitors to our booth were skeptical about preventing cancer.

Fast-forward one year later and there was a significant shift in the mindset in the cancer community when talking about cancer prevention and early detection. Attendees approached our booth to thank us and express their enthusiasm for the Prevent Cancer Foundation’s mission. Oncologists and researchers pointed in particular to recent studies linking obesity and cancer, and mentioned that their current work has shifted to focus on this topic as well. During my four days at ASCO, I did not meet a single person who was skeptical about the Foundation’s message and mission!

Perhaps the most rewarding part was connecting to the international audience on cancer prevention and early detection. Nearly half of the attendees at this conference are international, with many speaking little to no English. At the Foundation booth, we were proud to display and distribute our Guide to Preventing Cancer in five languages. As people passed by and noticed their native languages, the excitement and curiosity was evident in their eyes and they stopped to pick up a copy. The Guide provides important information on cancer prevention and screening guidelines, and translating it into languages other than English is essential in reaching as many people as possible.

I left ASCO with the reassurance that the world’s best minds are working together in the fight against cancer and are prioritizing cancer prevention, risk reduction and screening. Thank you to the organizations, advocates, oncologists and researchers who share in our mission and are dedicated to helping people prevent cancer or detect it early.